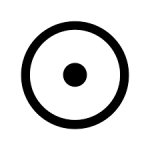 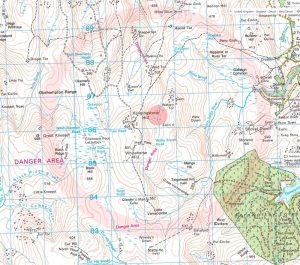 One of my more crazy ideas. It has long been known that the eastern side of Dartmoor contains a 'crescent' of 7 stone circles - often referred to as 'The Sacred Crescent' (a term coined by Tim Sandles in 2016 on his Legendary Dartmoor website). The relatively recent discovery of an eighth stone circle at Sittaford, by Alan Endacott in 2007, served to bolster the possibility of a deliberate stone circle arc. Perhaps the crescent (if it really exists and isn't just a coincidence) might continue with further, as yet, undiscovered stone circles..  and perhaps the crescent might just be a part of a whole circle of stone circles.  Referring to an Ordnance Survey map the centre of this massive neolithic circle would be located right in the middle of Watern Combe.. a natural amphitheatre that could have contained literally thousands of people in a neolithic ceremony. There doesn't seem to be any regular theme to the placement of the already discovered stone circles - although ridges/cols do seem slightly favoured. The 8 are; White Moor (a ridge), Buttern Hill (a col or saddle), Scorhill (slope on edge of bog), Shovel Down (slope), Fernworthy (spur), Grey Wethers North, Grey Wethers South (both on a col or ridge) and the most recently discovered Sittaford (ridge). They are not on the nearest high point but they can be on ridges, saddles, spurs or slopes. Dartmoor contains other stone circles outside of the crescent - there are at least 15 stone circles within the Dartmoor National Park. No stone circles have been found within this circle. Using all of this information I have plotted a circular path that can be followed, it is approximately 19 km or about 12 miles (not including the walk in and back to your first chosen point or a possible walk to the Watern Combe 'centre'). I am not suggesting that the additional points selected are exactly where other stone circles may await discovery - just that following these 'waypoints' should result in walking through or very close to many such possible locations. I have called this project 'The Dartmoor Sun Circle'. I have no intention of digging around (and I would hope no one uses this project to do such a thing) - just visiting each of these possible locations in a long circular walk to take a photograph and sit and wonder.