1 (0%) of Registered Dartefacters have visited this item. They are: dartefact 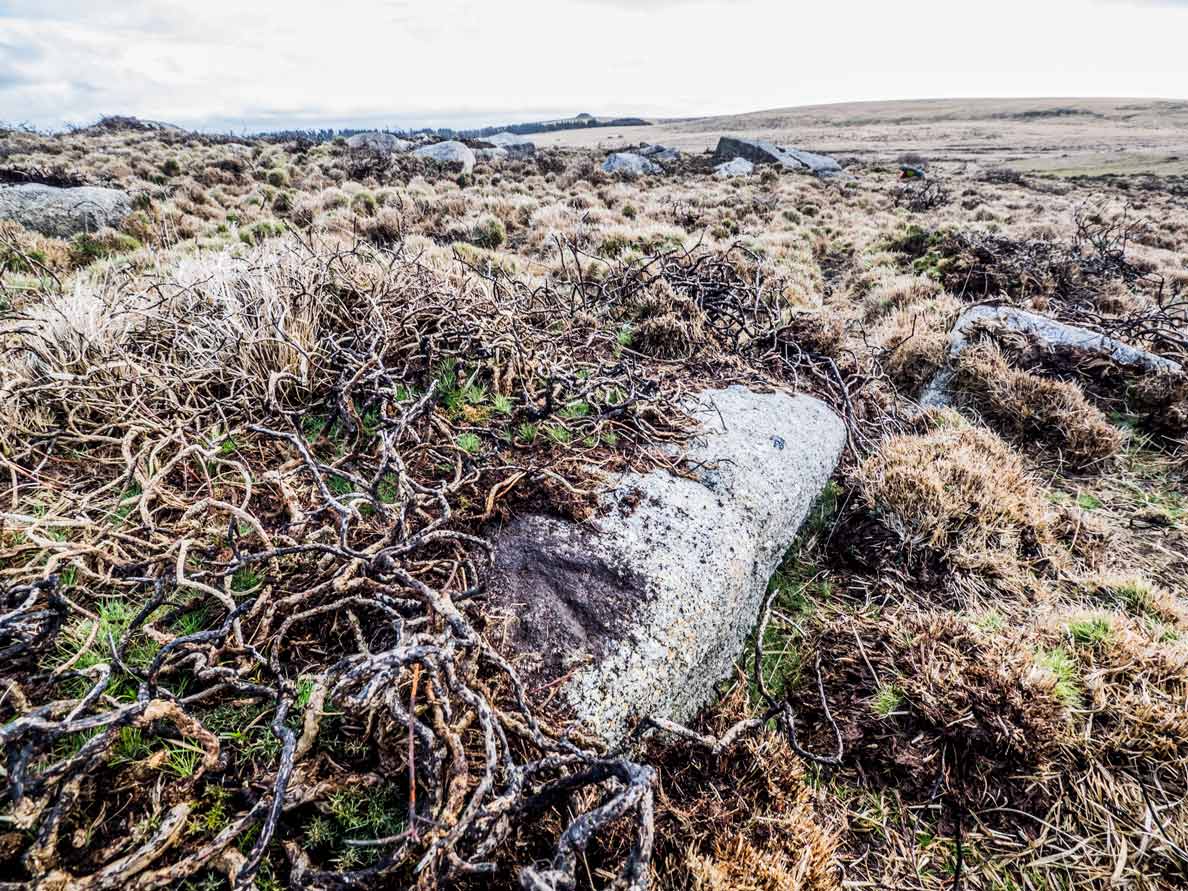 The featured image shows the B.M. in its context. The large rock in the mid-distance is the rock you see in the photo below. I had visited this area searching for this particular B.M. previously and was certain it had to be on that large rock, but to no avail. On my return I again looked at that rock, but now ruled it. I then wandered around the area, finding it much easier to search as the entire area had been recently ‘swailed’ (deliberately burnt) and the thick gorse and grasses had been reduced to stubble and burnt gorse branches that disintegrated on touch (you can see from the photo below how thick the grass and gorse can get here).

Still having no luck I happened upon a brilliant (even if I do say so myself!) idea. I used my GPS to select the B.M. over at the wall corner below Watern Tor (B.M. 1306.2) which I had previously found and therefore had an exact fix on. I had noticed that the Surveyors don’t always use the ‘best’ rock/boulder but seemed to sometimes use small, less prominent rocks – despite there being an ‘better’ boulder nearby. I have deduced that they only used rocks/locations that are on the direct bearing that they were following. So, after selecting that wall corner B.M. I select ‘Go’ on my GPS and it immediately gave me a direct line on the screen from my present location to that wall corner B.M. I then used that line to line up with the B.M. that my father had found a while back (B.M. 1274.4) as it was between me and the wall corner. Once I had that I then walked along that line looking for suitable rocks that might harbour the elusive B.M. 1246.2. I got about 20m away from my SidebySide B.M. location when I found a flat slab of rock, covered in grass, moss, dirt and burnt gorse branches. I first looked at the corner as this was the least exposed, but no luck so I then lifted the gorse and there facing me was the elusive B.M. I whooped!! After a bit of mud and burnt debris clearance it looked like a nicely cut B.M (see image below): 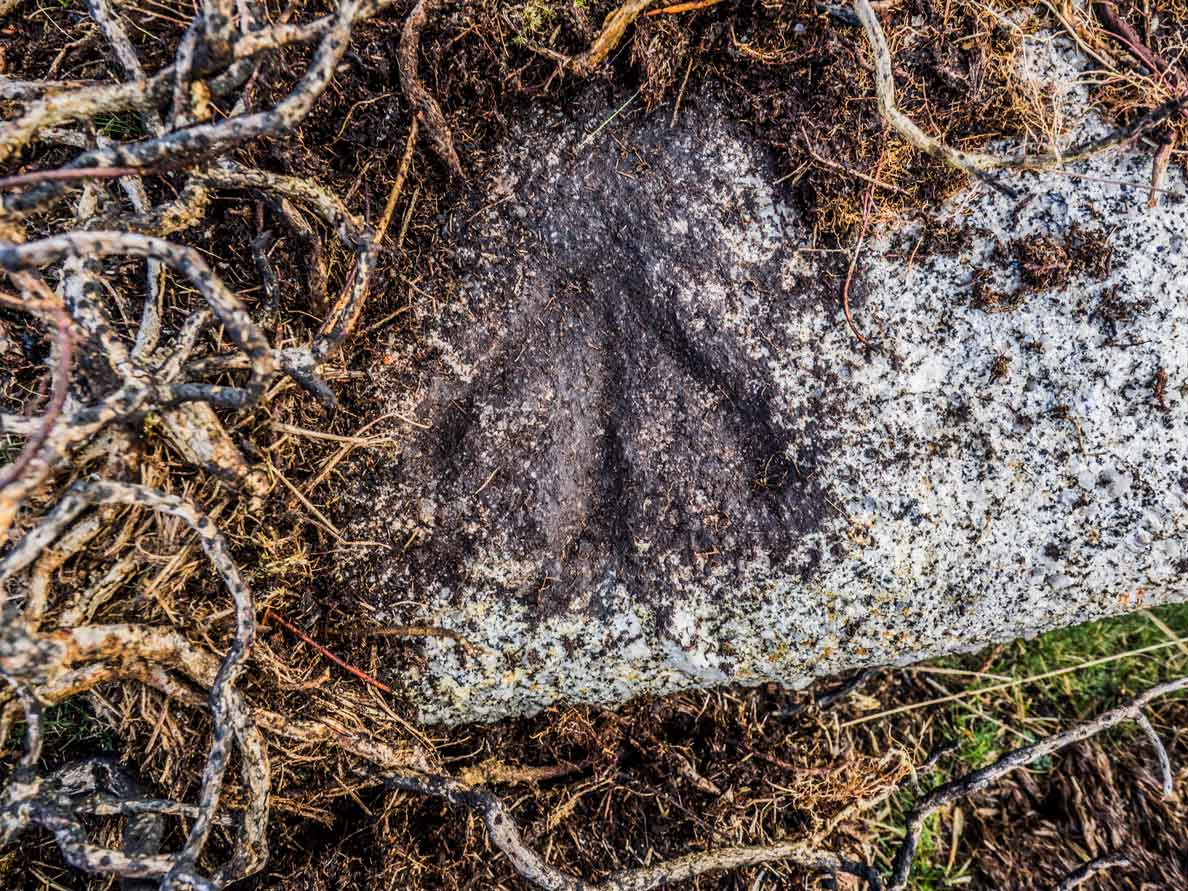 Not only had I found the elusive B.M. I had also learnt something else about the techniques the Ordnance Surveyor’s have used – as well as learning my own new GPS technique for finding tricky B.M.s when other B.M.s have already been found and ‘fixed’ by GPS.