Login/Register
You are here: Home Page > Dartefacts > Named Tors, Hills & Outcrops (for Baggers!) > Dartmoor Bog Hoppers' Peaks (a distinct, named area of the moor which is at least 500m above sea level) 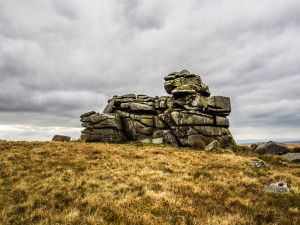 The idea of 'Bog Hopping' and 'Bagging Dartmoor Peaks' was an idea of Peter Freeman's, where he created a Facebook group to document just that. 500m peaks which are included are either hills or tors which are separate and distinct from one another. That means it's a yes to Black Tor (W. of High Willhays) but a no to Hampster Tor (N. of High Willhays). The simple aim is for baggers to visit all of these peaks, many of which require bog hopping and effort to reach! To visit all of these would be a life achievement, something very few people have accomplished, and good map reading skills are a must because some of these peaks are not named on OS maps. So, why not get ticking them all off to put yourself in a select club? For further details, consider joining the Dartmoor Bog Hoppers' Facebook Group.